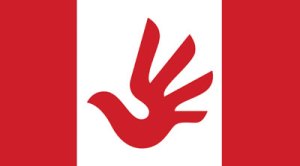 On Wednesday June 6th, Parliament voted to send Private Member’s Bill C-279: An Act to Amend the Canadian Human Rights Act and Criminal Code (gender identity and gender expression) to committee for review as part of its trek toward passage.  I had expressed concerns at that time about some possible changes that were being considered, but it remains to be seen in committee stage if that will happen.  I do know that if Parliamentary support for the bill drops, those changes will become more likely, while better awareness could help to avert them.

15 Conservative Members of Parliament joined with opposition MPs to help the bill get to this stage.  LifeSiteNews, BC Parents and Teachers for Life, Campaign Life Coalition and several other large right-wing groups and media websites have called upon their legions to write to these MPs and excoriate them for supporting basic human rights protections for transsexual and transgender Canadians.

Recently, The Barrie Advance interviewed one of the targeted MPs, although the Advance spent several column inches signal-boosting opposing organizations at length, before getting to his reply.  The Advance didn’t bother to seek out any trans people or question whether transphobic marginalization exists and needs to be addressed.  Fortunately, the Member of Parliament they interviewed stood his ground:

“I’ve heard from people in our own riding that are conflicted in this way and that are discriminated against,” he said. “It’s a great source of anguish…. I believe that this group of Canadians deserves to have the same tools available to them in the law to prevent that kind of discrimination.”
— Simcoe North MP Bruce Stanton

LifeSiteNews posted links for people to write to the Conservative MPs who supported human rights protections for trans people:

If you support trans human rights inclusion, I’d like to encourage you to send them a letter as well.  Remember, paper works better than email, and it’s free to send via the House of Commons.  I’d suggest you also include a copy to the Minister of Justice, Rob Nicholson and bill sponsor Randall Garrison.

Be civil, be gracious, and if you have concerns that defining the terms in a way that could potentially exclude people from basic protections, express that as well.  Don’t forget to ask them to continue their support of the bill through Third Reading, because this isn’t over, yet.

I’d recommend that you start your letter like this:

I’m writing with regard to your vote in support of Bill C-279, which proposes to extend human rights protections to transsexual and transgender Canadians.

It has come to my attention that Campaign Life Coalition, LifeSiteNews, Evangelical Fellowship of Canada, the Catholic Organization for Life and Family, REAL Women of Canada, Canada Family Action Coalition and other groups are urging all of their members across Canada to flood you with angry correspondence for your support of this bill.  So while I might not be a constituent, I’d still like to send you a note and express my thanks for supporting the right of trans people to live, work, travel, access services and not be targeted for violence simply because of who they are.

Because these supporters should probably know that the flood of irate mail they’re receiving is from biased interest groups, and not necessarily the constituents who they answer to.

And if you have a story of discrimination that you’ve experienced, tell them.  Because it matters, and because stories about why these protections are needed are still going untold and unheard by mainstream media.

And if your MP is Conservative but not on the above list, send them a note too — civil, as before.  If you’re trans or have a loved one who is, make an appointment to meet with them.

And if your MP is an opposition party member and supported the bill thus far (which I think is every one who voted), don’t forget to send them a note of thanks.

As sort of an aside, a few people have asked about the adapted flag I’ve used in a few places (blog, Facebook, etc).  That dove / hand symbol is the result of a 2011 competition by the United Nations which sought a universal symbol representing human rights.  It’s originally blue.  Not only is it royalty free, they encourage people to use it.

Likewise, my adaptation of that logo to the Canadian flag is also free for you to use, whether to express support for trans human rights inclusion in the Canada Human Rights Act, or to express your desire to restore Canada to the position it once had as a respectable champion of human rights.  It seems to me also an appropriate way to signal opposition to the anti-protest policies of this administration, the heavy-handed way it has handled security issues since 9/11 and its participation in human rights scandals around the world.  Canada should be better than that.

(Crossposted to The Bilerico Project and Rabble.ca)

2 thoughts on “Trans rights bill supporters being targeted. Also, a flag for you.”

Exploring political and human rights issues, how to unite the left, and more. Mercedes Allen and guests.